During our first family visit to New York several years ago, Scott decided to take the girls to see a Broadway performance while I was attending a conference. At the recommendation of the ticket salesperson, Scott opted for Matilda by Roald Dahl which was perfect since that’s one of Kennedy’s favorite authors. In hindsight, he wishes he had gone ahead and grabbed tickets for Hamilton since it later became such a worldwide phenomenon. At the time, you could still get tickets without jumping through hoops. Now, not so much. A lot has changed since the release of Hamilton and the biggest is what it has done for Broadway musicals. It’s elevated the art and has people who wouldn’t normally talk about attending such a production going out of their way to see it. 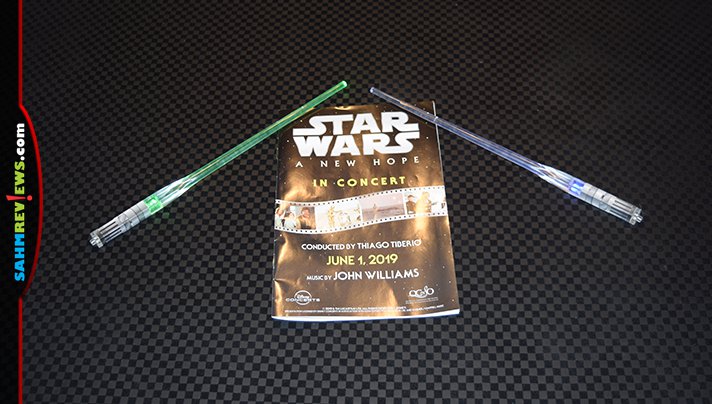 As an orchestra parent, I’ve been immersed in the world of the symphony for several years. Our interest in the beauty of this music is what encouraged the girls to audition for the Quad City Symphony Youth Ensembles several years ago. They’ve worked hard and achieved the top level last year. Their passion has encouraged us as a family to attend concerts for superstars like Yo-Yo Ma, visit Chicago to hear their symphony and regularly take in music at the Quad City Symphony Orchestra whenever we can fit it into the schedule. We’ve also discovered that tickets to a symphony make an awesome, clutter-free, memory-making gift. But we’ve always felt we were kind of an anomaly knowing these things impacted us because our girls were so involved with music programs. People without that incentive probably don’t even think about the symphony as a source of family entertainment.

Then something amazing happened: Star Wars: A New Hope. The 1977 feature film came back to the big screen, but this time they began touring in concert. I started seeing people post on Facebook that they were going to see the movie with the music being performed live by their local symphony. These weren’t orchestra parents taking their kids; the announcements came from those same people I said wouldn’t consider the symphony to be family entertainment.

The Quad City Symphony Orchestra has performed a couple of the Harry Potter movies in this concert format but since we aren’t Harry Potter fanatics, we opted not to attend. Star Wars: A New Hope was right up our alley and we bought early access tickets the minute we were able to. Our neighbors, who typically wouldn’t attend a symphony performance, were right there by our side.

As we absorbed the movie, we often forgot that the symphony was actually performing. When we would remember, we would adjust in our seats and start watching the symphony. Then we would connect the dots between the music and the movie and recognize the significance a symphony orchestra has in the movie production process. The experience was like surround sound, rattling our seats in the way movies do. But this time it was different. It was better because not only was it live, but we we have friends who are members of the symphony. They’re part of the group making this magic happen, helping to create memories for people who didn’t realize how much of a contribution a symphony makes to the world around us. Symphonies are used for blockbuster movies like Avengers: Endgame, Armageddon and Back to the Future. They set the stage for video games like Final Fantasy, Fallout and World of Warcraft. They are an important part of the backdrop that is only noticed when presented in this unique way. 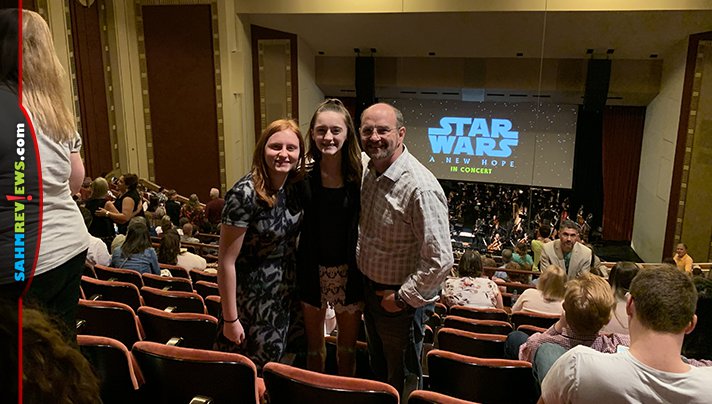 During intermission, I saw people I didn’t expect to see. When I returned home, I posed the question on Facebook to find out what movies would entice non-symphony people to attend and the list was long including a variety of genres. Some people even told me they had attended prior movies in concert because they were intrigued by the format. People said they loved it and would go again.

Star Wars: A New Hope is doing for symphonies what Hamilton did for musicals. Give people a reason to look at it differently than they have in the past. If you haven’t been to a symphony in a while, check with your local symphony to see if they’re performing any movies or pop performances. Visit Film Concerts Live!, CineConcerts or this international site to find some in your area. You’ll find classics like Casablanca, children’s movies like Coco, games like Kingdom Hearts and even shows such as Game of Thrones! Not only is this awesome entertainment but it’s a great opportunity for family bonding and to introduce young listeners to this classic form of art.

If you could attend a symphony performance with a movie live in concert, what movie would you want to see?