We’ve been known to upgrade our gaming experience from time to time. Sometimes we change out the paper money for more realistic versions. Other times we’ve painted pieces because we discovered we didn’t have enough included in our box. And we always have an extra supply of bags and containers on hand to neatly put away the games.

There is one non-gaming item we have on our wish list for games that might require us to stand up and move around the table to get a better look at the playing area – a lazy susan! Any game that requires us to cooperatively build a structure in the center of the table would instantly be made more convenient with a turntable to spin the tower around so you can examine all sides without leaving your seat. Imagine using one with Jenga, Suspend or even Chop Stix! Playing Capstone Games‘ latest abstract title, The Climbers, has sealed our decision to purchase a lazy susan right away. 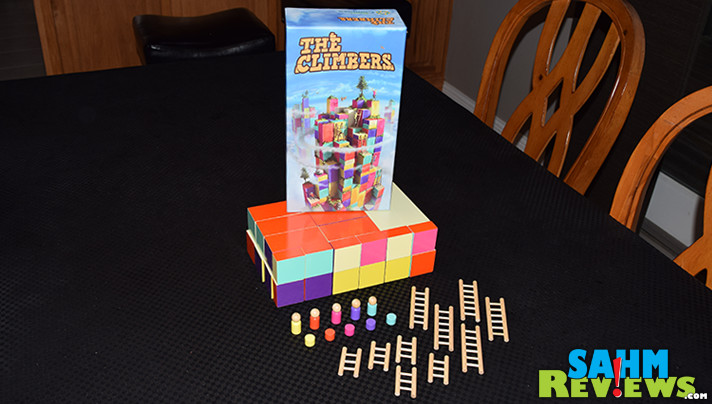 The Climbers is a game about getting your pawn to the highest level of an ever-growing structure. Inside the box you’ll find 33 multi-colored blocks, two neutral blocks and five each of the climber, blocking disks and short and long ladders. All players begin the game with one each of the different sized ladders and a matching colored blocking disk and climber. The two large neutral blocks are set in the center of the play area vertically and all participants join together in building the full structure with all of the remaining blocks. It is recommended to place the larger blocks closer to the bottom and the smallest at the top so the game may progress quicker! 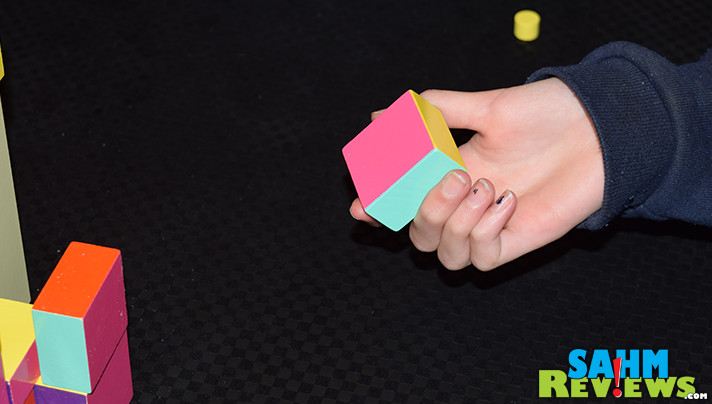 All climbers begin the game on the table and on their turn may move their pawn as far as possible up the structure and/or horizontally. At no point may they ever move their pawn down the tower. Climbers may only move onto blocks that match their color or are of a neutral color. At any time during your turn you may move any unoccupied block (except for a block moved by the previous player) to any new location on the structure, with any color side face-up. The only limitations are the newly placed block may not create a bridge with nothing underneath it or an overhang, also with no blocks underneath a portion of it. 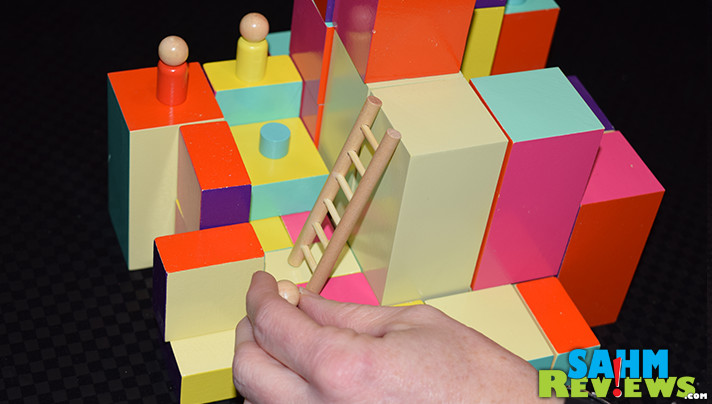 When moving your climber, it may move up a level if the higher level is of the climber’s color and it is only one level higher than the pawn (eye level). If you wish to move higher, you must use one of the included ladders to move up two levels at once (short ladder) or 2, 3 or 4 levels (long ladder). Use these sparingly, as once utilized, they are immediately removed from the game. 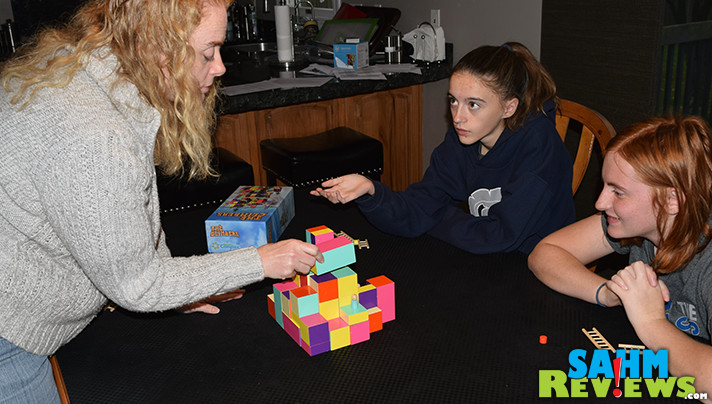 Blocking disks are also a one-time use item and can be played on any turn. The disks may be placed on any unoccupied surface and blocks movement onto or through that block for the next round. When your turn comes around again, this disk is removed from the game. 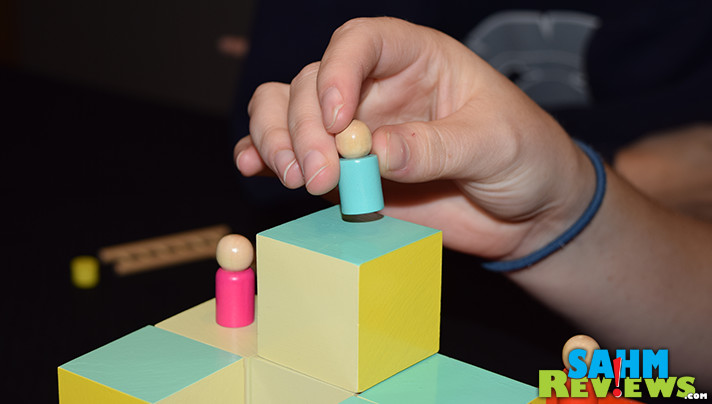 Climbers take turns until all players consecutively fail to move their pawns upwards on their turn. The winner is the player whose climber has reached the highest level. If more than one climber is on the same highest level, whomever had reached that height first is the overall winner! 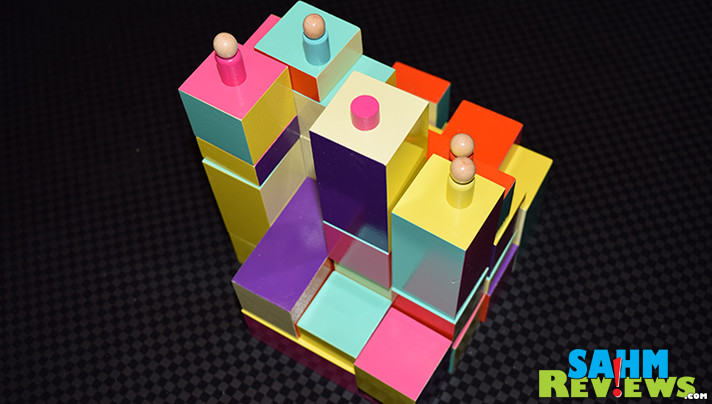 The Climbers is definitely a game that will have you out of your seat if you’re not playing on a lazy susan. You’ll need to examine all sides of the tower, looking for the most efficient path upwards. It may not happen on this turn, but careful planning will allow for better moves in later instances. And did I mention this game is made from wood and not plastic? That alone makes it well worth the MSRP, but you can find it for less on Amazon and possibly at your favorite local game store.

We’ve heard rumblings of a number of new titles coming from Capstone Games this holiday season. Be sure you are following them on Facebook and Twitter to find out when they’ll hit the shelves or whether or not they should be on your personal wish list!

Have you ever bought extra items to make your gaming experience better?