We’ve lost count of the number of times we’ve run across a well-worn copy of Scrabble at our local thrift stores. If underpriced, we would pick them up and scavenge the wooden tiles to use in future craft projects. At some point we began passing on copies because our tile jar at home had grown full. This week, however, we broke that routine as we found a unique version of Scrabble by Selchow & Righter, Crossword Cubes. 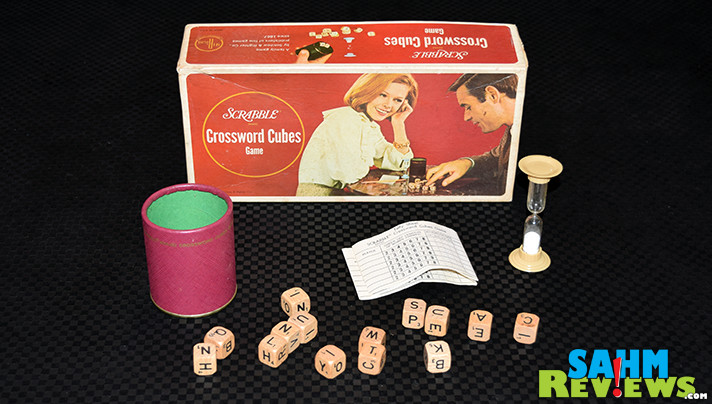 It didn’t hurt that the game looked like it had rarely been played and even included unused copies of the usually-missing score sheets! Crossword Cubes employs the same requirement as Scrabble – to make words from randomly determined letter results. However, instead of drawing tiles, you will be rolling dice (cubes)! 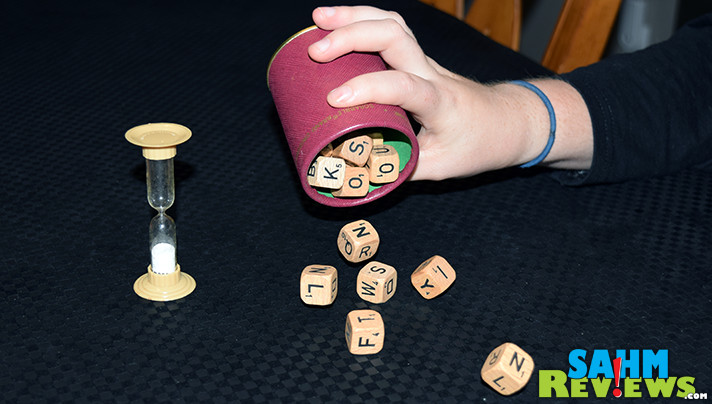 One person acts as the Scorekeeper, yet also plays the game as normal. The active player will roll all fourteen of the Crossword Cubes using the included dice cup. The Scorekeeper turns over the timer and the player rushes to complete as many words as they can from the results. The first word may be of any length, but each successive word must be of a different length AND intersect the words in the playing area. 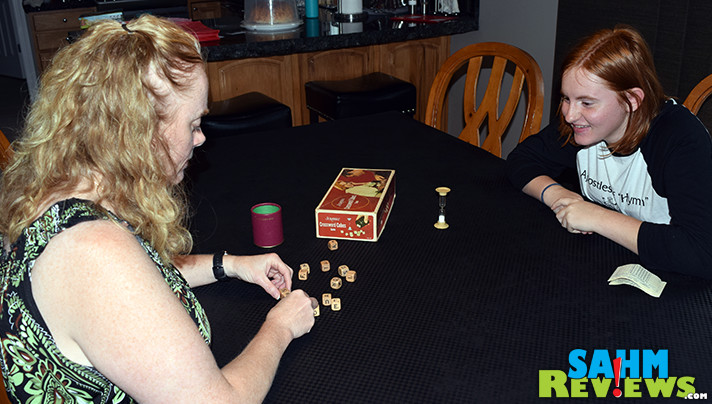 Once you believe you cannot make any additional words, your score is tallied from the numbers appearing on each cube. You will repeat this process up to three additional times (your choice), with the limitation that you cannot present a word of the same length as one you have submitted previously. Your ultimate goal is to spell words of each length between 2 and 7 letters, inclusively. 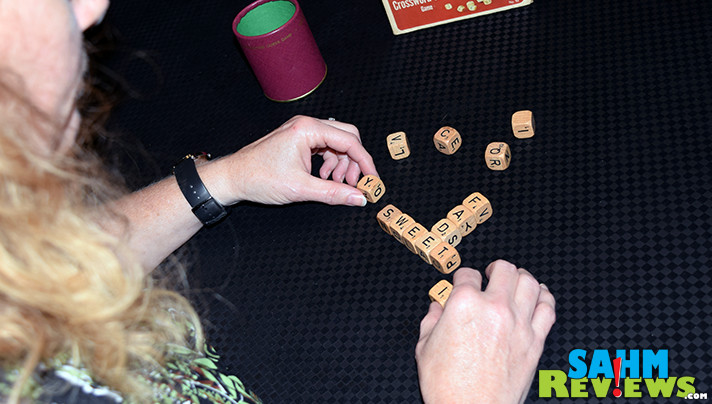 When you score, you will also subtract for any cubes not used, so it is possible to score negatively for the toss. After your second turn of spelling words, you may stop if you wish. This is especially helpful if you think you cannot come up with a certain length of word since you will be penalized for all cubes not used (even if that means ALL of the cubes!). Each toss of the dice is scored, and if you manage to spell all seven words of different lengths by the end of the 3rd toss, you will receive a bonus of 25 points! 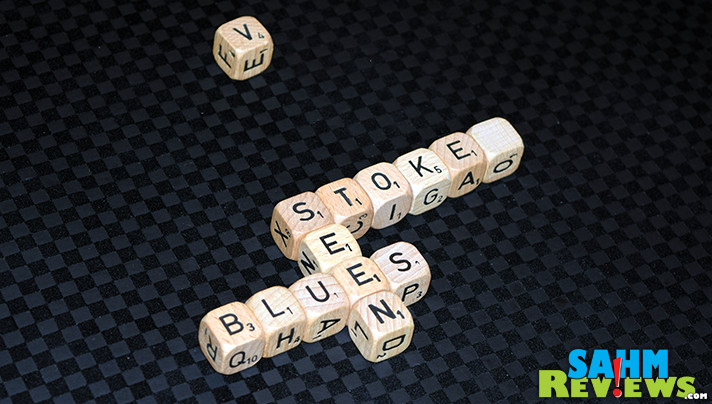 A typical game of Crossword Cubes is played over a predetermined number of rounds or until one player reaches an agreed-upon overall total (usually 200-300 pts). There is no listed limitation to the number of players, but because every person’s turn takes a few minutes, the more players participating, the more downtime between turns there will be.

There are plenty of copies of Crossword Cubes on eBay if you think this is something your group would enjoy trying, most for under $10 shipped! If we find any more at thrift, we’ll certainly be picking them up if only to scavenge the cool cubes to use for other games or in new craft projects!

Have you ever seen Crossword Cubes before?