I don’t usually buy doubles of a game, but this week I couldn’t pass up on a deal and something unique that I usually don’t get to show – old and new versions of the same game! This week’s Thrift Treasure was originally issued in 1904 – yes, that’s well over a hundred years ago! Pit was originally developed for Parker Brothers and issued by them all the way up until the mid 80’s. We found one of their issues from 1973 as well as a brand new version by Winning Moves in a beautiful tin box. 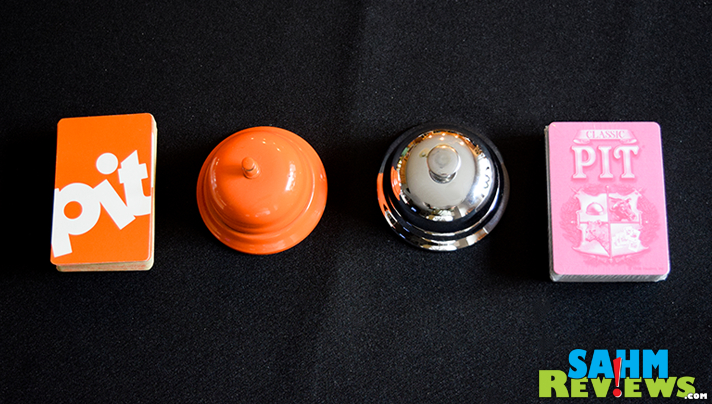 Not much has changed about the game over the past few decades. The bell was introduced to Pit in this 1973 version, and the deck still consists of eight different commodities (wheat, barley, rye, oats, etc.). The only change has been the addition of a Bull and Bear card that are completely optional to use. Otherwise, even the rules are still the same. 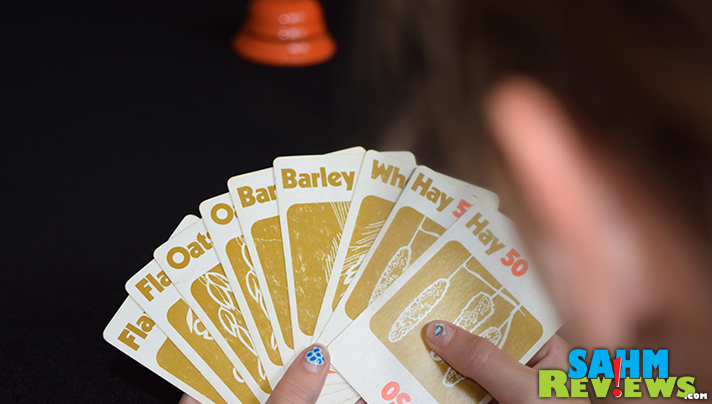 Depending on the number of participants, you will only use as many commodities equivalent to the number of players. If a full game of seven players is desired, use the whole deck. Each player is dealt nine cards and holds them in their hand.

One the bell is rung to “open the market”, players pull out pairs, threes or fours of a single commodity in an attempt to trade them for an equal number of cards from another player. You are trying to become the first player to get all nine cards of one suit (commodity) and ring the bell to close the market. If you are able to do so, you receive the points shown on the card for that particular item. 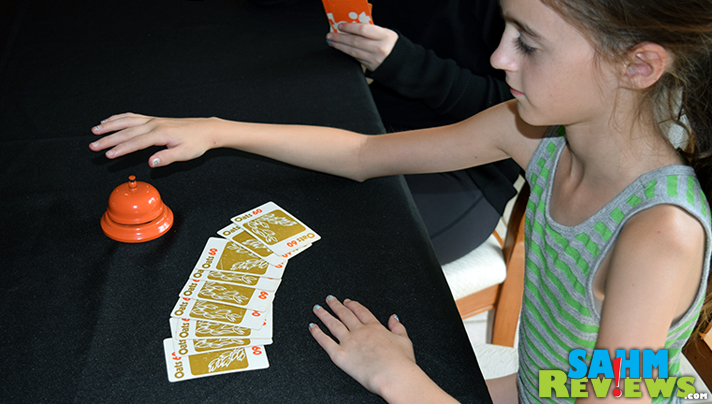 Of course you don’t know what cards you are receiving from the other person, so you might end up working on the same sets! Pit is played in rounds, with new hands dealt each time. Only the person to “corner the market” in one commodity scores, with the first person to achieve 500 points over multiple rounds winning.

The mere fact that after over a century this game is still popular should be testament enough to its fun. The days of traders in actual pits at the Mercantile Exchange may be long gone, but the fun continues in this classic. This is one you’ll definitely find at your local big box retailer, and heavily discounted on Amazon for under $15!