Soy beans are a major crop here in Iowa but I’ve just not come to love it. When I think of soy, I think of un-burgered hamburgers, un-milked milk and, well, tofu. It isn’t that I hate it, I just don’t prefer it. In Iowa, there is no shortage of cows for milk or high-quality beef for making burgers. I’ve tried tofu but it wasn’t prepared well so I didn’t care for it. I’ve been told that it’s very good when prepared correctly so I’m waiting for a friend of mine to make it for us for dinner so I can change my attitude about it. 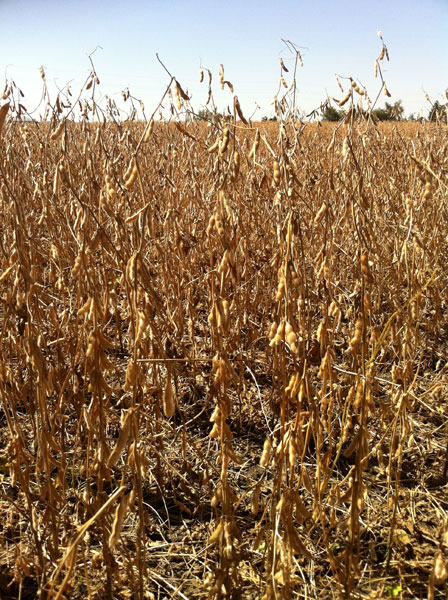 It’s funny though because despite growing up in the middle of farmland, until a few days ago, I didn’t know much about the soybean crop – other than it’s rotated with corn. The church where I work a few days each month actually butts up against a field which happens to be filled with soybeans this year. Two coworkers hail from farm-families and were happy to share information with me  the other day when I inquired. 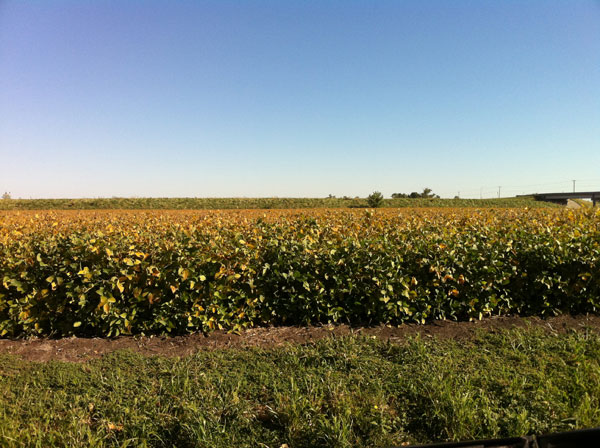 Whether you are a soy fan or not, do you know what it looks like?  It’s green all summer then as fall hits, it begins to dry out.  The dried field is the one next to the church while the one that is still slightly green is a few blocks away.  Apparently soybeans are picked when they reach a certain degree of dryness… both women said their husbands sample them by chewing on them to make sure they’re just right for harvesting.  That’s some old-school technology right there. 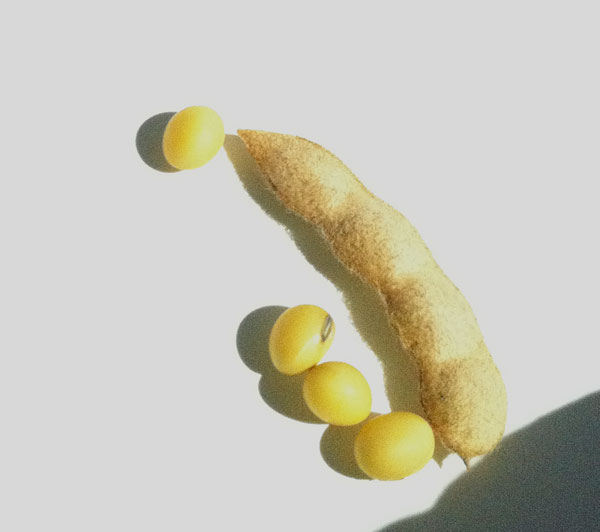 To give me an up close look at it, they opened a few up  then set them out so I could get a picture.

So if I’m not a fan of soy, what’s my fascination with soy beans these days?  Well, Mom Central offered a campaign for SOYJOY bars to promote their Second Chances contest on Facebook. Why would I be interested in that?

Well… a while back, I had the opportunity to sample one.  I don’t recall if it was an in-store sample, a full-value coupon or one that was sent to me in the mail.  I honestly don’t recall.  Normally, I would say “Oh joy, it’s soy” and anyone that knows me would totally hear the animosity in my voice.  But this was different.  Whether it was my love of all types of “breakfast” bars or my sense of frugality (read: free), I decided that despite its name, I would try it.

And guess what… I liked it. 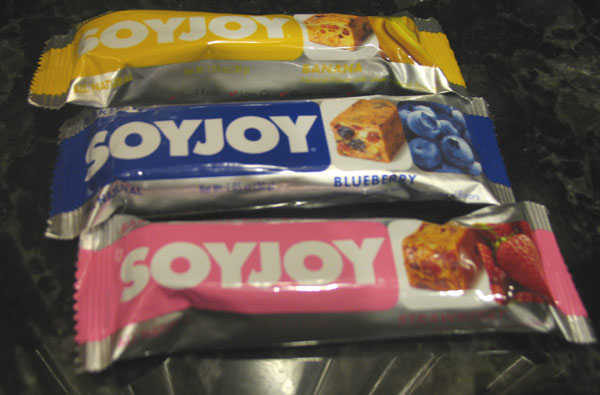 So when the campaign asked for participants, I gladly submitting my name for consideration.  And obviously, since I’m posting this, I was selected.  Why do I like them?  Because they taste good.  They’re dense and filling which is something that I need when I’m in a hurry or just on a craving cave-in.  To me, it’s like a fruity candy bar… but healthier.  I tried the banana, the strawberry and the blueberry and found all three to be sweet, tasty and satisfying!

Anyway, now that I’ve told you about soy and SOYJOY, I guess I should tell you a little about the contest!  From now until October 3rd, you can submit by video or written entry, a brief explanation about a time when the first impression you made wasn’t good… but “Oh joy” for second chances.  You can get complete details on SOYJOY’s Facebook page.

You know, you don’t have to eat SOYJOY to enter the contest but if you do (or if you want to try them), stop by their website for a coupon.Yes, it is soy… but it’s good.   My Iowa farmer friends should be totally proud.